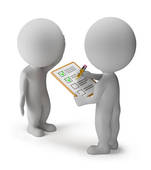 This plan is a written set of procedures to ensure that health hazards do not occur in the receiving and storage of food service products.

The plan begins with Standard Operating Procedures (SOP). Everything has a standard operating procedure for the product, from coming in the door from the supplier to being sold to the customer.

All of our procedures are outlined as follows:

Handling and Transfer of Foods